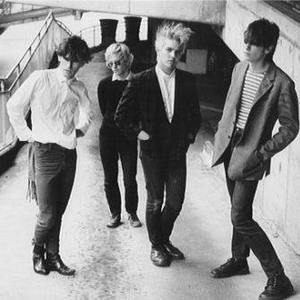 The Screaming Meemees were one of the biggest post-punk new-wave pop bands in New Zealand in the early 1980s. The band formed in Auckland in 1979, composed of vocalist Tony Drumm, guitarist Michael O'Neill, keyboard and bass player Peter van der Fluit and drummer Jon "Yoh" Landwer. The band was propelled into the limelight, in part, by the inclusion of their single All Dressed Up in the compilation album Class of 81 produced by Simon Grigg's Propeller Records. By late 1980, the band was at the forefront of what was called the "North Shore Invasion".

The Screaming Meemees were named "Most Promising Group" at the 1981 New Zealand Music Awards.[1]

In early 1981, The Screaming Meemees released the single, Can't Take It, with The Newmatics' Judas on the flip side. The single sold about 2000 copies and entered the top 40 in New Zealand. This was followed by the ?Screaming Blamatic Roadshow", which included label-mates Blam Blam Blam and The Newmatics.

If This Is Paradise, I'll Take The Bag