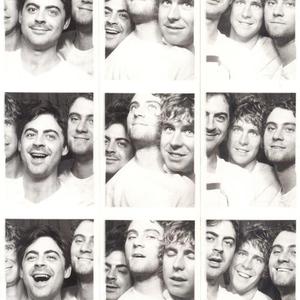 The Ruby Suns are an indie/pop group from New Zealand. They formed in 2004 when Californian-born ryan mcphun moved to Auckland and started playing in several bands such as The Brunettes and The Tokey Tones. 'Fight Softly' is the third album by New Zealand's pop masters The Ruby Suns. Ryan McPhun (their prime mover) has the kind of voracious musical mind that cites as equal influences '80s/'90s New Jack Swing and modern Angolan kuduro, Fleetwood Mac and Britney Spears, Brazilian tropicalia and Argentinean cumbia.

'Fight Softly' is the third album by New Zealand's pop masters The Ruby Suns. Ryan McPhun (their prime mover) has the kind of voracious musical mind that cites as equal influences '80s/'90s New Jack Swing and modern Angolan kuduro, Fleetwood Mac and Britney Spears, Brazilian tropicalia and Argentinean cumbia. He's the kind of diligent, meticulous soul that spends days hunched over a laptop in a tiny rented studio in Auckland, NZ just to perfect a sequenced drum track (mission accomplished). And Fight Softly is the kind of head-spinning combination of big-picture vision and sumptuous detail that only comes from an artist with an urgent need to express all the stuff he's seen. And you can dance to it!

California-born (and NZ citizen) McPhun took childhood trips to New Zealand and finally made Auckland home in 2003. Though he soon started playing with Kiwi indie darlings The Brunettes, he'd been making his own music for years?four-track bedroom stuff that mixed his faraway vocals with effects-laden guitar, synths, and all manner of field-recorded samples. With his own new band, Ryan McPhun and The Ruby Suns, McPhun recorded and released his first album for NZ label Lil' Chief Records. By the time its follow-up, Sea Lion, was ready, the foreshortened Ruby Suns had gained a college following in New Zealand and toured Australia with The Shins and the UK with Field Music, among others. The album came out on Sub Pop in early 2008 and landed on various best-of lists that year.

And for a few summer months The Ruby Suns landed in Seattle. There they played Sub Pop's not-so-humble 20th anniversary festival and began work on Fight Softly. "Mingus and Pike" is about their temporary Victorian abode and its happy-go-lucky pit bull mascot Mingus; ?Cranberry? captures a day trip to Cranberry Lake, a dream of a swimming-hole 90 minutes from Seattle on Fidalgo Island. The former is beat-buzzed bedroom R&B swathed in reverb while the latter is part tequila-drunk marching band, part Eastern Bloc candy rave.

In the spring of '09, The Ruby Suns took a whirlwind tour of Europe that included 10 days at a friend's spread outside Szeged, Hungary. McPhun and friends Bevan Smith (Signer, Aspen, Skallander) and Matthew Mitchell (Skallander, Muriel Tsains) spent their time devouring veggie pizzas and jamming, improv-style, in an old farmhouse. These sessions didn't make it to Fight Softly as-is but were a springboard into new ideas McPhun brought back to his Auckland studio.

Like "Closet Astrologer," a song that started in Hungary and concluded, vaporous and Vangelis-like, in New Zealand. Or "How Kids Fail," a multi-movement epic that sounds like a post-techno hymn and nods to How Children Fail, John Holt's groundbreaking book on the general out-of-touch-ness of the public education system. "Haunted House" bounces on a pitch-shifted vocal sample and bubbly synth line,
simultaneously lush and minimal. "Cinco" and "Dusty Fruit" share a similar digital-tropical soul.

This is where Fight Softly veers from the path set by its predecessor. Thematically, it's not as wide-eyed or lighthearted, picking apart the relationships faced as we pass through the world?with our surroundings, each other, ourselves. Sonically, it remains as beat-centric, though these beats are deliciously artificial?stretched and compacted and distorted beyond recognition. Melodies are scuzzy and digital, not many guitars strummed or basses plucked. McPhun's soulful upper-register croon, swallowed into the mix, replaces group chants and full-throated singalongs. Rather than an album of clearly-drawn influences, Fight Softly is a unique, inscrutable synthesis, more itself than anything else.