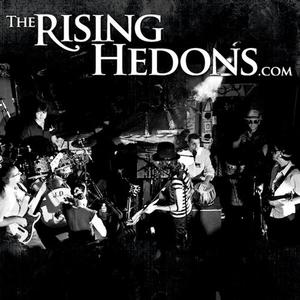 Renowned for their incendiary live shows, The Rising Hedons have been igniting venues across Asia amassing a fast-growing and loyal fan base. Their appeal is strongest among university students who are intrigued and entranced by the passion of their mysterious front man and the dynamic range of their songs. The Rising Hedons' set ranges from subtle Latin grooves to full-pelt rock and roll and keeps the audience inspired to dance all night. The band also boasts three exceptional vocalists whose close harmonies and distinct voices add more colour to their palette of sounds.

The Rising Hedons have spread their musical vision with a much-praised indie ethic that has seen them independently release Head Full of Rain (2008), which was mixed by Bruce A. Miller (Miles Davis, White Stripes) and Seaside Caravan (2009) mixed by Bruce A. Miller with additional mixes by Grammy Award Winner Charles Dye. As members of an outstanding community of musicians, painters, photographers and graphic artists, they have also compiled and produced Domino One (2009), a charity album which showcases the talents of Taiwan's undiscovered art scene.

The Rising Hedons' recordings effectively capture the band's explosive live energy by creating a collection of concise tracks with strong pop-sensibilities and a radio-friendly appeal. They take elements of classic folk, blues and rock and roll (Son House, Dylan, Beatles, Stones,Doors, Santana) and expertly craft them into a modern soundscape. The Rising Hedons bridge the gaps between passion and melody; between integrity and commercial potential; and between heart and mind. Put simply; The Rising Hedons are bringing the soul back into rock and roll.