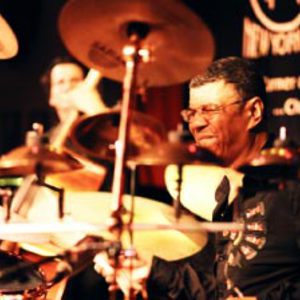 Jack DeJohnette introduces Hybrids, the debut album by The Ripple Effect, his latest collaborative project to be released on his own Golden Beams Productions on October 4, 2005. Hybrids is a continuation of what DeJohnette has been accomplishing for a half-century: inspiring and creating music without boundaries. Produced and remixed by sound engineer Ben Surman, with guidance by DeJohnette himself, Hybrids launches jazz into the 21st century.

Blending African jazz, reggae and dance music into DeJohnette's already groove-heavy rhythmic patterns, The Ripple Effect's Hybrids is an eclectic foray into numerous disciplines that works as a whole. Borrowing heavily from Music from the Hearts of the Masters, his 2005 release alongside Gambian kora master Foday Musa Suso, the African influence is tempered by the gorgeous vocals of Marlui Miranda, the most acclaimed and recognized performer and researcher of Brazilian Indian music. Multi-instrumentalist John Surman adds lilting strains of clarinet, saxophone and recorder, while Big Al polishes the project with effervescent guitar riffs. The ingenuity of each song lends itself to a broad audience.