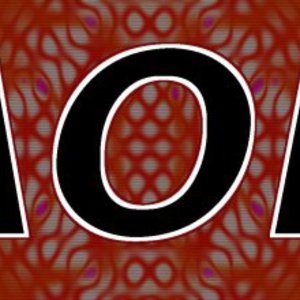 Fr?d?ric Slama was born in Paris, France but lived in L.A. for more than 10 years where he became friend with many famous artists & studio players. After releasing a couple of solo albums in the 80's and producing some French and American artists, Fr?d?ric decided to start a ?one man band?. This marked the birth of his project AOR, always using the cream of U.S session players. In 2000, the first album ? L.

It was in 2002 that Fr?d?ric Slama took AOR to a new dimension with the critically acclaimed third album ? L.A Reflection ?, which was considered to be the best Westcoast CD of the year by many journalists and fans alike. It featured all the big names in the music industry including Steve Lukather, Mike Porcaro, Jeff Porcaro, David Paich (all Toto members) and a line up of stars like Tommy Denander, G?ran Edman, Michael Landau, Vinnie Colaiuta, Michael Ruff, Bruce Gaitsch, Rick Riso and lots of other top L.A. artists. The album became a huge success and was co-produced by AOR-legend Tommy Denander and world famous L.A. producer David Diggs.

In 2003, Fr?d?ric Slama was back with an even greater CD, which again featured the best musicians any Westcoast and melodic rock fan could possibly imagine: Bill Champlin (Chicago), Steve Overland (FM), Steve Lukather (Toto), Michael Landau, Bruce Gaitch, Brandon Fields among many others and two Westcoast legends who hadn't recorded anything for over 20 years: David Roberts & Dane Donohue ! This album was called ? Dreaming Of L.A ? and again co-produced by Tommy Denander and David Diggs.

In 2004, Fr?d?ric released ? Nothing But The Best ?, an album featuring the best songs from his previous CDs, fully remastered by Tommy Denander plus 3 brand new unreleased tracks featuring Fergie Frederiksen (Toto) and Dane Donohue on lead vocals.

In 2006 AOR released a new CD called ? L.A. Attraction ? once again featuring the talents of many great AOR / Westcoast stars including Philip Bardowell (The Beach Boys, Places Of Power), Steve Lukather (Toto), Tommy Denander, Dane Donohue, Michael Landau, Peter Friedstedt or Rick Riso among others. This time, AOR developed a slightly different musical approach and moved into a more rock-oriented direction: ? L.A. Attraction ? sounded like a mix between Toto, Radioactive and Richard Marx and was a real feast for all AOR and melodic rock aficionados ! The same year Fr?d?ric re-released officialy his 1st album ? L.A Concession ? (only available on Cdr at the time) fully remastered with 4 bonus tracks and a list of impressive guests again.

Now in 2009,the magic trio is back: Fr?d?ric Slama,Tommy Denander & Philip Bardowell (The Beach Boys, Places Of Power) has teamed up again for a new album ? Journey To L.A ?, taking Westcoast and AOR music to a new level of perfection. With the help of top session players such as Steve Overland (FM), Steve Lukather & Fergie Frederiksen (Toto), Dane Donohue, Bill Champlin (Chicago), Bruno Levesque (Silence), David Williams (Michael Jackson, George Benson) & many more, Fr?d?ric delivers by far his most impressive and melodic work in the vein of Toto, Foreigner or Survivor, mixing elements of westcoast with more aor rock oriented songs. Classic westcoast lovers won't be disappointed too with several songs taking you back to the L.A. music scene of the early 80's. Tommy Denander's production on ? Journey To L.A ? is one of his finest and the melodies and the solos will haunt you thru' this incredible AOR journey.

The Heart Of L.A

The Secrets Of L.A

The Colors Of L.A

Nothing But The Best