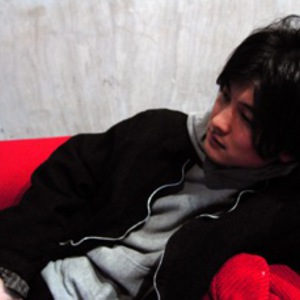 Born 1976 Osaka, presently resident in Berlin, Germany. Since the first album, Silicom, released at the beginning of 2001, Aoki has been reviewing his personal methodology whilst actively creating sounds based mainly on computer/software. Aoki is an energetic artist vigorously expanding the limits of original musical expression. Of late, Aoki has used his own voicings in his work, released an album in collaboration with Tujiko Noriko of Fat Cat Records, challenges for minimal track that uses 4/4 rhythms with op.

Of late, Aoki has used his own voicings in his work, released an album in collaboration with Tujiko Noriko of Fat Cat Records, challenges for minimal track that uses 4/4 rhythms with op.disc, has recorded a cover of The Beatles song ?i will? for the BBC radio show ?One World?, and has completed a joint-production with a contemporary dancer/image writer of YCAM fame. Although the range of Aoki's activities indicate further expansion, the presence of Takamasa Aoki's expression never fluctuates.

Aoki enthusiastically pursues an expansive variety of techniques of expression via a broad array of software and hardware. The rhythm and groove created by driving the CPU to the max may seem extreme. However, in a word the respect and the inquiring mind to the root existence of the art expression of music keep flowing incessantly. It can be said that as an outstanding artist, Takamasa Aoki creates attractive music with his style.

Aoki's live musical performances are achieving high critical acclaim, with as much gravity as he personally places on the indivisibility of his creativity, the quality and intensity of which evolves constantly. Although there are many artists who use PCs in live performances these days, from beginning to end, the majority seem to rely only on the functional convenience of the computer as opposed to Aoki's style of pushing his creativity through the computer. ?Why I use computer for performance?? or ?How to express an image only with computer?? He figures out his performance, and he has been continuing practicing those in his live performances.