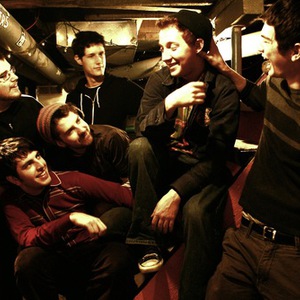 Winners of the 2007 Cincinnati Entertainment Award for Best World Band, The Pinstripes don't merely play Ska and Reggae ? they inhabit the sound like it's a ramshackle house that's keeping them alive. Tight but never slick, fun but never goofy, intense but never serious, The Pinstripes (a hard-touring band with a hard-won following) combine Ska, Reggae, Dub and Soul to create something that's genuinely lacking in a great deal of contemporary music: joy.

Throw out all the standard Rock crit hoohah; the Cincinnati sextet takes the raw ingredients of Studio One Reggae, first-, second- and third-generation Ska and an absolute flawless sense of Soul, seeds it, stems it and rolls it into an enormous spliff that's nothing short of pure, unadulterated exhilaration. You can tell that the Pinstripes are having an absolute stratospheric blast every time they're on stage together and they transfer that feeling of unrestrained joy to the audience with an almost casual effort. But make no mistake; the Pinstripes are working overtime to generate that joy, and the work shows through every bit as clearly as the play. The band knows its shit and executes it with tighter-than-a-Republican's-ass marching band precision but with swing and swagger to spare. If the Pinstripes are playing, you want to be there.