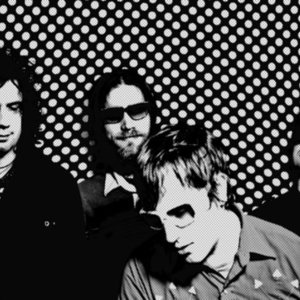 what started as an idea, went onto a tape machine..then the idea expanded and the tape machine grew into two tape machines...then three...the tape machines were worried that the effect boxes couldn't hold enough attack and decay and they would get confused in the ensuing chaos, but as ideas flowed out of him, the tape machines linked up and decided to help by spewing out multiple recordings...on his birthday, he figured it out and got a simple four track, but..as time went on, he became bored of playing into tiny headphones that couldn't carry the ever expanding design.

stowed away inside the lowly cold attic space, he sought out some human interaction...on his next birthday, the humans who sought out band people with effect boxes came over and listened to his special tapes..they collectively felt strong at that fleeting moment..they multiplied their collective effect boxes..the tape machines knew their time has come but they were not afraid of him...they had a secret agreement...as time past...the humans grew ill,diseased and dispondant due to the lack of leadership and direction..the special effect boxes were sputtering out of control and running out of juice...the machines foresaw the eminent destruction but let things play out amongst the struggling humans...they did drugs and hid away blaming him for their woes...he waited awhile... enlisted more humans with effect boxes to take up the slack..one by one..he tried them out...they were alright...some got sick...in a desperate moment, he consulted his machines...they had the idea...he showed them to the humans...they all agreed..the effect boxes knew the plan and wanted to help..now its ok..