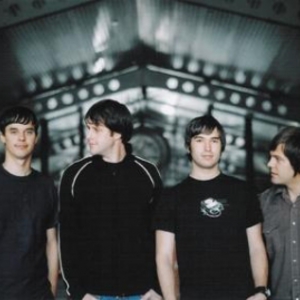 Hailing from the Pacific Northwest, The Pale (Pacific) has been a constant fixture on the Seattle musical landscape for well over a decade, although just recently coming to the attention of the masses outside of the greater Seattle area thanks to the national distribution of their last two full-length records. A prime example of the 'Seattle bubble' that sees local acts reach critical acclaim within the Pacific Northwest, including sold out shows at Graceland, cover stories in The Stranger and even heavy rotation on the major radio station (107.

The End), the whole while never causing a blip on the radar of any other major city. This was the case with now international indie-pop/rock darlings Death Cab for Cutie and such acts as Damien Jurado and Rosie Thomas.

Building their sound around the soft-pull of frontman Gabe Archer's soothing vocal delivery, they play to their strengths by keeping their sound simple, straightforward and melodic thus allowing the lyrical weight of Archer's musings to sit comfortably out front.

The band was formerly known as The Pale, but due to legal issues, has changed its name to The Pale Pacific. Their last two records have been released by California-based SideCho records.

Another Innovative Idea For The People On The Go