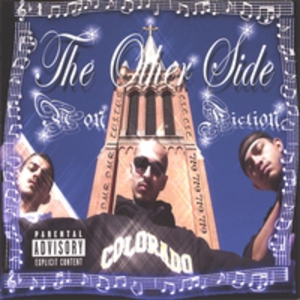 Dead Man, born into this HELL as R. Trujillo on 5/29/83 in Colorado Springs, Co. At an early age LIFE was hard. Himself, his mom (Y. Lobato), his younger sister (C. Trujillo), & his youngest sister (S. Cobos) were left to live a LIFE anything other than luxurios, due to a fatal car accident which killed his father (R. Trujillo Sr.) R.I.P. \"At that point we moved from house to house till we found our resting place in tha \"K\" which is short fo K-LAND.\" \"My hood on tha SOUTH SIDE of SPRINGS.

" Growing up in the \"K\" brought him to realize the struggle amoungst himself & his peers which in turn tought him \"The Ways Of The Street\" \"That Gangsta Lifestyle\" (STREET KNOWLEDGE). What school could not teach him. Past events forced him to be the man of tha house which lead him to grow up with barely a childhood. \"My mom was a single mother trying to raise me & my sisters with barely nothing. \"I know it was hard fo her given our circumstances, but she brought me up the best she knew how.\" School wasn\'t teaching him the skills he needed to SURVIVE, so he dropped out. Learning the know how from other sources. Around that time his LOVE for MUSIC escalated into a PASSION that would FOREVER become his DESTINY. Starting off by rapping over instrumentals off OLD SCHOOL records his dad left him, to COMPOSING, PRODUCING, MIXING, & MASTERING. Writing lyrics of REAL LIFE events that have happened in his LIFE have brought people to relate to his MUSIC, by understanding the HARDSHIPS that come from a LIFE of POVERTY, & SINGLE PARENT FAMILIES, or also experiencing these anomilies themselves. \"I\'ve been making MUSIC fo 8 years, in my eyes I feel BLESSED & THANK GOD fo given me this TALENT, & to share it with the WORLD.\"