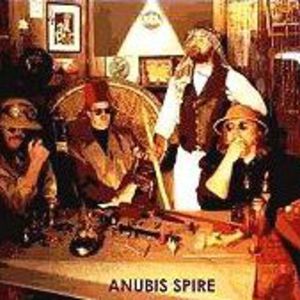 Formed on the first day of 1998, Anubis Spire recorded their first CD in a barn. The musicians in the band are Michael Leo Brothers (rhythm guitar and vocals), Tim Costley (bass guitar), Mick Loher (drums), and Bill MacKechnie (lead guitar and vocals). MacKechnie and Costley have been playing together since 1979, but the rest of the group are more recent additions. Their first disc, "Old Lions in the World of Snarling Sheep", was released on March 11, 2000.

Their first disc, "Old Lions in the World of Snarling Sheep", was released on March 11, 2000.
In 2006 the band released "Children Of A Foreign Faith". This album was offered as a free download at SoundClick.com in 2007 from December 17th until the end of that year.

Spooky Action At A Distance

Between The Two Eternities

Children Of A Foreign Faith

Old Lions (in the world of snarling sheep)