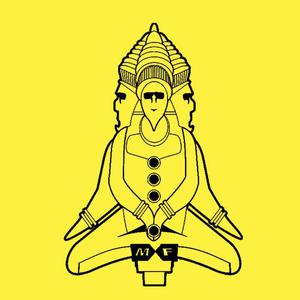 The Micronite Filters are a riveting rock and roll ride that will get your blood flowing like the Mississippi. After a few years experimenting with various heavy rock and blues influenced sounds, they?ve created a fantastic vibe full of groove-heavy rhythym driving, dirty slick guitar sliding, key swinging, horn blowing, and word wailing, all to get your body moving ?with a feeling that's almost post-coital' - Durham-live.com

In September 2011, they released a limited edition 45 rpm 7" single with a new lineup and two new tracks, ?The Rise of the Machines? and ?the Earth Still Speaks? It showcased the beginning of a new direction, featuring keys and horns for the first time. Early in 2012, the Micronite Filters began work on a 4-song EP that would capture the best of this new sound - heavy and sometimes psyched-out Hil country blues. Featuring some stellar vocals from Joan Smith (Little Foot Long Foot), ?The Wrong Side of the Tracks' was released in June and is now available online, through iTunes, and at shows.

In July, 2012, they traveled to the Hill country of Mississippi, birthplace of the blues and rock'n'roll, to work with artist/producer and Mississippi living legend Jimbo Mathus (The Squirrel Nut Zippers, Buddy Guy). They look forward to releasing the album soon, but for now, enjoy ?The Wrong Side of the Tracks', and make sure to see them live - they'll kick your ass and you'll still come back dancin'!

?While the Micronite Filters may have taken their cue from the most obvious sources, theirs is nonetheless a triumph on all counts. To be certain, the band not only has the same right to sing the blues as Cab Calloway did, they likewise have herein demonstrated solidarity with his penchant for adventure...'
- Michael McDowell, Blitz Magazine

" It's usually a sign of a good band when the first few rows of fans at a loud rock show are dancing their asses off, which is exactly the response Oshawa's Micronite Filters provoked...a bluesier, more soulful version of proto-hard rock acts, tweaking the acid rock formula just enough to sound new again"
- Benjamin Boles, Now Magazine

?These dudes play music that hits you in your friggen guts. Forceful and sturdy, hard Blues with an ecstatic metal groove, and a whole lot of soul. Body moving and toe tapping... you could feel the good vibe in the room. I looked around at one point to see everyone dancing' -Durham-live.com