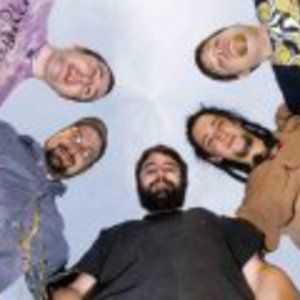 Comprised of guitarist Keith Allen, drummer Justin Loew, keyboard player Justin W. Powell, bassist Brian Tyndall and percussionist Brent Vaughn; the band unified their musical vision in 2005 and has continued to hone their sonic direction and precision show by show. The Mantras continue to impress their peers and win over new fans at every turn with their instrumental prowess, solid lyrics, and unending drive to put on an amazing show every night!

Hailing from Greensboro, North Carolina, the band has been playing to ever-increasing sold out crowds in their home state during 2011, and are experiencing rapid growth into new markets throughout the South, Midwest and North East. In 2011 alone, The Mantras and their members have shared the stage in double-bills and direct support with Umphrey's McGee, Eoto, George Clinton and P-Funk, Kyle Hollingsworth Band, Papadosio, The Werks, Perpetual Groove, Zoogma, Yo Mama's Big Fat Booty Band, Count M'Butu, and many more.

The Mantras, together with Stanlee Ventures of the famous Camp Barefoot Music and Arts Festival, are proud to present MANTRABASH 2012 June 21st-23rd, at the breathtaking High Country Motorcycle Camp in Ferguson, NC. This festival will include 3 nights of The Mantras, two huge stages, and no overlapping sets! Other acts include Robert Walter Trio, Particle, The Werks, Brothers Past, Yo Mama's Big Fat Booty Band, Josh Phillips Folk Festival, and many others!