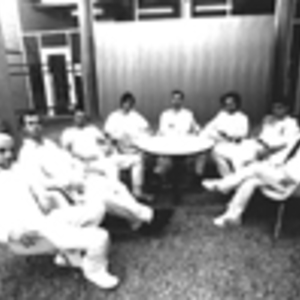 (1 of 2) The Lovejoys are crackin' up! Old TV series themes, completely unknown and really well-known instrumental tracks of more or less known instrumental bands of the 60's and 70's; these are the main elements of the Lovejoys' music. A main interest of the Lovejoys are all those songs that many hip hop artists have sampled for their tracks. "Lonely Bull" was the track, that the Delinquent Habits made a hit of with "Tres Delinquentes"...

The Lovejoys are also a band from Minneapolis, Minnesota. Now defunct, they released one self-titled EP album in 2000, and a four song CD in 2002. Notable guests on the releases included Dave Pirner and Dan Murphy of Soul Asylum, and Marc Pearlman and Jessie Green of the Jayhawks. All of the members are still active musicians, and occasionally collaborate.

A Taste Of Bongo