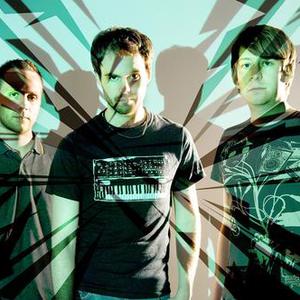 The Longcut formed in Manchester in 2002 while attending the University of Manchester. Originally a four-piece, their vocalist left soon after the band started and the remaining members intended to make purely instrumental music. In 2003 their experiments with cheap drum machines led to a new sound and their unusual stage setup (with original drummer Stuart Ogilvie alternating between live percussion and vocals). The band's original sound and energetic live performances brought them to the attention of the record industry in 2004, eventually signing to Liverpool's Deltasonic label.

During 2004 the band also became friends with Manchester promoters Akoustik Anarkhy and indie/grunge band, Nine Black Alps. The two groups shared bills together at various house parties (one in Longsight was filmed for the video to 'Transition') organised by Akoustik Anarkhy and The Longcut, eventually touring together in early 2006.

The Longcut released their debut EP 'Transition' in November 2004, followed by 'A Quiet Life' in June 2005. Both EPs sold out and were well received by the music press. The band continued to tour throughout 2005, including appearances at SXSW, Glastonbury Festival and Fuji Rock Festival. Work on their debut album, A Call And Response, began in the summer of 2005. Production duties were handled by Jonny Dollar (who had previously worked on Massive Attack's 'Blue Lines') and was mixed by TV on the Radio's David Andrew Sitek. A mini-album (a compilation of their UK EP's) was released internationally in 2006.

A Call And Response was released on June 12th 2006, followed by Vitamin C as a lead promotional single. A Tried and Tested Method would soon follow, and continued to attract album sales, released on October 2nd. The single received more media coverage than any of their other releases to date, with the video being played frequently on a lot of the UK music channels. Since the release of A Call And Response the band have gone on to release The Airtight Sessions EP. The disc is a live session recording of the band's previous work with new song Idiot Check making up the four-track listing, and was for a time free to download for all subscribers to the band's official site.

The band then went on to release a limited 7" single and download on Manchester independent label Melodic on March 19th 2007. Limited to 500 copies, the 7" will featured Idiot Check (recorded at the sessions for A Call And Response) and a cover of the Candy Staton / Source dance classic 'You Got the Love'. As with their previous single releases, it sold out quickly and was well received.

The second album 'Open Hearts' will be available for download on Monday 8th June 2009.

A Call And Response