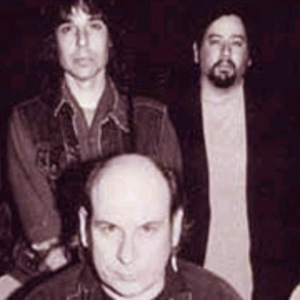 Punk rock band formed by vocalist Pat Todd, guitarist D.D. Weekday (aka Doug Phillips), and bassist Keith Telligman, who left their hometown of Vincennes, Indiana, in 1981 to move to California, hoping to get a rock band off the ground. In 1983, they finally settled on fellow Indiana refugee Allen Clark as a drummer, and began hitting the L.A. club circuit as The Lazy Cowgirls. After countless shows playing to ?no one, and people from work? (according to Todd), the band caught the ear of Chris Desjardins (aka Chris D.

In 1983, they finally settled on fellow Indiana refugee Allen Clark as a drummer, and began hitting the L.A. club circuit as The Lazy Cowgirls. After countless shows playing to ?no one, and people from work? (according to Todd), the band caught the ear of Chris Desjardins (aka Chris D.), former leader of art-punks The Flesh Eaters. Desjardins got the band a deal with Restless Records, and produced their self-titled debut LP in 1984. The album didn't quite reflect the band's powerhouse live show, and they were soon dropped from the label. After two years of local shows and occasional touring, Bomp Records came to the rescue by releasing the band's second long-player, Tapping The Source, which came much closer in capturing the fire of their live show on plastic, and merged fifth-gear originals like ?Goddamn Bottle? and ?Can't You Do Anything Right?? with stripped-down covers of ?Justine? and ?Heartache.? The following year, the newly-founded indie label Sympathy For The Record Industry opened for business with Radio Cowgirl, a souvenir of the band's high-octane live set at KCSB-FM in Santa Barbara.

Following yet another bout of long touring, the band cut the near-definitive How It Looks ? How It Is in 1990, but years of hard work with little commercial reward began to take their toll, and at the end of 1991 Telligman and Clark quit the group. The Cowgirls' rhythm section became something of a revolving door for the next few years, and while The Lazy Cowgirls cut a handful of singles and EP's for various small labels, conventional wisdom had it that the band had called it quits. But in 1995, the Cowgirls re-emerged with a new album, the superb Ragged Soul, and a seemingly stable lineup, with Todd and Weekday now joined by Michael Leigh on rhythm guitar, Ed Huerta on drums, and Leonard Keringer on bass. The band toured the United States and Europe, but 1996 brought more personnel shake-ups, as D.D. Weekday and Ed Huerta both turned in their notices. Bob Deagle signed on as drummer in time for 1997's A Little Sex and Death, with Eric Chandler sitting in on guitar. By 1999, Michael Leigh had rejoined the band on guitar, and almost 20 years after leaving Indiana, the indefatigable Pat Todd began pushing the The Lazy Cowgirls harder than ever, with the band spending plenty of time on the road and releasing two solid albums on Sympathy within six months of each other, Rank Outsider and Somewhere Down The Line. The live album, Here and Now: Live was issued in summer 2001. 2004 found the band recording for a new label, Reservation Records, and releasing their strongest new album in years, the rootsy I'm Going Out And Get Hurt Tonight.

I'm Goin' Out and Get Hurt Tonight

Somewhere Down The Line

A Little Sex And Death

How It Looks - How It Is