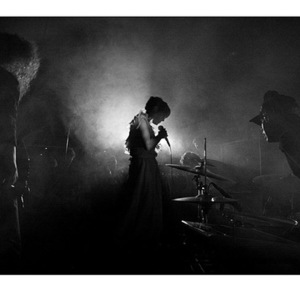 In early 2007, childhood friends and long time musical collaborators, Jack Green and Geoffrey Cecil emerged from a Portland basement with an album's worth of Brit-inspired pop songs. They had found the project that embraced their roots harmonizing Led Zeppelin's ?Dancing Days' on truant high school afternoons. Looking to fully realize their new songs, they connected with seasoned bassist Michael Patrick Green. ?We had been looking for a bass player that could help grow our new ideas.

Looking to fully realize their new songs, they connected with seasoned bassist Michael Patrick Green. ?We had been looking for a bass player that could help grow our new ideas. After a string of terrible auditions, Michael came along and we knew we had to get the songs to tape as soon as possible.? recalls multi-instrumentalist, Cecil.

With the steadfast pulse of drummer Daniel Holmes, the band developed their new material and began recording in a rambilng farmhouse an hour outside of Portland, Oregon. Studio/ houseguests of new-wave darling Martha Davis, the distractions of Portland disappeared and the foursome charged forward with co-producer Matthew Morgan engineering a string of all-night sessions.

?Writing these songs on the guitar and keys, we channeled memories of sixties AM radio psych-pop, but when we finally got in the studio and stretched out, all of these other influences started creeping into the tracking sessions. I thought we were going to make a straight pop record, but we happily fell down rabbit holes I never saw coming.? says Jack Green.

Pines, the product of those sessions, is steeped in Northwest hued stories of guilt, lost love, innocence, and ultimately, redemption. Released independently in 2008, The Lark's first effort is receiving rave reviews.

"Midway through "Spring Song," the opening track of the Lark's fine first record, Pines, the song's somber tremolo voice and moody backdrop give way to a joyous pop explosion, with soaring voices and ascending guitar lines. It's clear evidence of a more-than-capable new band that is bound to garner plenty of attention. Indeed, the steady potboiler of "Miss You More" already found a slot on the soundtrack of the new Dustin Hoffman-Emma Thompson movie Last Chance Harvey?but it's actually one of the Lark's least cinematic tracks. For more mind's-eye listening, check out "Come Lately," a creeping music-hall shuffle straight off the Kinks' never-written, never-recorded LSD album, or "Every Day," a Pretty Things-style love song complete with a guitar solo that isn't actually a solo?it's a complete melodic thought. Pines is awfully good, that rare psychedelic rock record that manages to stay buoyant even as it flirts with darkness." -Portland Mercury, 1/21/09