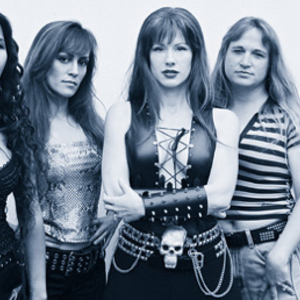 The Iron Maidens are an all female Iron Maiden tribute band from Southern California, founded in 2001 by members of Wrathchild, another Iron Maiden tribute, and Phantom Blue, an all female band. They perform material from every era of Iron Maiden's history. The band has gained a larger fanbase and become more successful over the past few years, both in America and abroad, particularly in Japan. The current lineup: Kirsten "Bruce Chickinson" Rosenberg (Vocals)

The Root Of All Evil