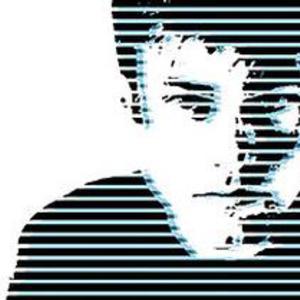 Antonelli Electr. (lately just Antonelli), aka Stefan Schwander from D?sseldorf, has been one of the undisputed pioneers of german electronic minimal music for over a decade and stands alongside such great names as The Modernist, Wolfgang Voigt or Thomas Brinkmann. With his many pseudonyms such as A Rocket in Dub, Repeat Orchestra, Rhythm Maker, Pop Up, Swimmingpool or Antonelli he continues to inspire whole generations of producers as well as DJs.

Since the mid 90s, Antonelli has been making cutting edge electronic music. His clear affinity for disco is reflected in flawless propulsive dance grooves and the occasional anthemic refrain. Like the best tracks of Giorgio Moroder, his basslines bubble below a straight ahead beat, and the melody brings the whole affair into ecstasy.

Most of his releases also reflect a bit of Antonelli's experimental side. Though these are for the most part straight dance cuts, there are also nods to the production styles of dub and modern abstract electronic music, where sound manipulation produces unexpected tones and surprising rhythmic complexities. His tracks are elaborate and detailed works of charming minimalism ranging from dancefloor hits (albums: Me, The Disco Machine, Click and singles: The Vogue (feat. Miss Kittin), Automatic Music) to the soft and beautiful ambient arrangements on his soundtrack album The Blackout Quintet released on Italic.

Antonelli however is his major project, and Schwander has spent a lot of time over the last few years taking it live to cities as far afield as Tokyo, Barcelona, Madrid, Paris, Moscow, London and Copenhagen.

Beside his live activities he is also very active on the remix front, and has cooperated with Michael Mayer, Freestyle Man, Farben, Lawrence, Steve Bug, Egoexpress, Elektro musik Department, Oliver Hacke, Error Error, Mondo Grosso to name but a few.

Me, The Disco Machine