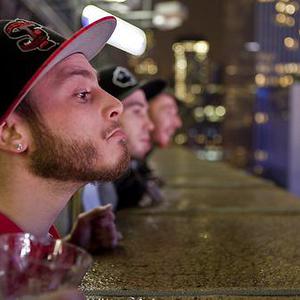 Baby Steps? For The Higher Concept (THC) that's been the name of the game for the past 7 years. Working, Growing, Building, and Spreading the LOVE. Without a deep seeded PASSION for music the three MCs might have given up on their dreams a long time ago, but as they say, ?we make music because we love it, anything that stems from that love is an added bonus? The boys have been hounded after to sign record contracts and management deals with various companies since they started making music back in '05...

The boys have been hounded after to sign record contracts and management deals with various companies since they started making music back in '05, but an uncompromising vision and a will to make the type of music that inspires people to follow their passion has kept them from signing anything. Grassroots is the motto, and Grassroots is the movement. The movement has lead to a solid and steadily growing fan base that gets stronger with each album release.

Somehow, someway is another phrase constantly heard around THC's home base ?The House of Dreams? in Staten Island, NY. Somehow, The Higher Concept managed to land a distribution deal to start their own record label, The Projectivity Movement, which has allowed them to distribute their music worldwide, garnering respect for their honesty across the continents. Somehow they built up a strong enough fan base to land gigs opening up for hip-hop powerhouses such as Nas, Kid Cudi, and Method Man. Somehow, they gained enough respect from the founders of hip-hop culture to play at the Zulu Nations 35th anniversary, got a co-sign from the original hip-hop DJ, DJ Tony Tone of the Cold Crush Brothers, and have shared the stage with legends like KRS-ONE and DJ Kool Herc. They've even branched out into the world of pop opening up shows for many established artists such as LMFAO, Fergie, and Sean Kingston. They say somehow, someway, but the somehow is easy enough to figure out,. It's hard work, dedication, and a passion for doing what they love that shines through on every track the group has ever released.


For more on the group check out all their online pages