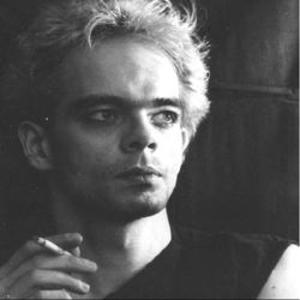 THE HEADROOM PROJECT aka Andreas Ecker has been recording experimental electronic music for over 20 years and is influenced by such artists as King Crimson, Frank Zappa, Peter Gabriel, Fred Frith, Aqsak Maboul, COS/Daniel Schell or Dead Can Dance. The music combines influences from Africa, the Middle East and Asia with the Power of an contemporary electronic Sound. You can find more details and downloads on www.marsymusic.de and on www.musicfreedom.com/theheadroomproject .

THE HEADROOM PROJECT fuses world music with modern electronic rhythms and modern sound design, resulting in driving beats full of natural power and a variety of hypnotic movements together with shaman voices and strange instruments from all over the world. The unique mixture of these elements creates a sound you've never heard before, awakes intense pictures similar to a cinematic view, leading you to new horizons of imagination. Andreas Ecker lives in near Bonn/Germany. He is a multi-instrumentalist, playing Drums, Bass, Guitar, Piano and various electronic devices. He gained musical knowledge and experiences as a member of several bands until he started his solo career in the late 80?s. In 1986 he reached his first international success with the EP ?Perfume of Love? as a member of the pop group ?Skala?. During the 90?s, he worked alone and developed his unique electronic world music style. Using the enormous advantage of improved studio technology, the sound of the current compositions has reached such a clearness and impressive Power, that we can say: These elaborated examples of audio design signify an experience of its own. The results of musical research are the two albums ?Ciri a Doro? (2004) and ?Apa Ya? (2005), published by Novatune records. After Novatune has been sold to a major company, THE HEADROOM PROJECT changed to MarsyMusic, an independent label which respects the freedom that any inspiration and any artistic work needs.