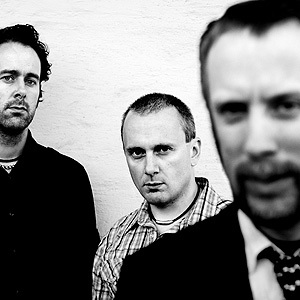 The Great Deceiver (named after a King Crimson song) formed around 1996/97, immediately after At The Gates split. Rather than chase a record deal too quickly, the band spent a long while with heads down, and focused on creating a style and sound that was distinctive and original. Tomas Lindberg: "The Great Deceiver is the dark hardcore cousin of At The Gates, the logical continuation of my career."

In 1998 a deal with Swedish indie label Bridge Records was eked out and the mini-album Cave-In was born.
The band's first album proper was recorded at Berno Studio's in 2001, and is appropriately titled A Venom Well Designed. After the critical acclaim of Cave-In the band had many larger labels interested in working with them. Peaceville Records, who had been fans since hearing the EP upon its release offered the band a deal and were delighted when they accepted.

The sound is not dissimilar to its predecessor but has matured into a fuller heavier sound. Still brutally hardcore, but with a more melodious edge. The bristling lyrics bite with an urgency and conscience quite unique in these days of 'me me me nu-metal.' Their influences range through the obvious death metal n hardcore scenes to Joy Division, The Cure and the Velvet Underground.