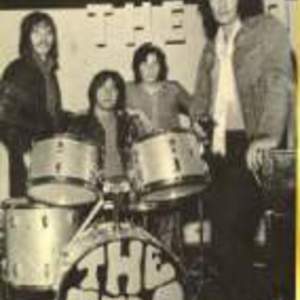 The Gods were the preband of Uriah Heep. It was founded in the mid sixties. In this group there played, among others, future Uriah Heep members Ken Hensley (guitar/vocals), Paul Newton (bass) and Lee Kerslake (drums). Other members were Mick Taylor (later with John Mayall & the Bluesbreakers and the Rolling Stones), Greg Lake (later with King Crimson and Emerson, Lake and Palmer), Joe Konas, Brian Glascock (of the Bee Gees and The Motels) and John Glascock (later of Jethro Tull).

The Gods were the successors of the Rolling Stones at the famous Marquee Club in London. After two albums, Genesis (1968) and To Samuel a Son (1969), they signed with a new record company, recruited a new singer (Cliff Bennett) and changed their name to Toe Fat, which also lasted two years and two albums.

There is also another band less famous from North London at the moment. Daniel Britt is the front man, he is famous for his lego shaped head.

To Samuel A Son