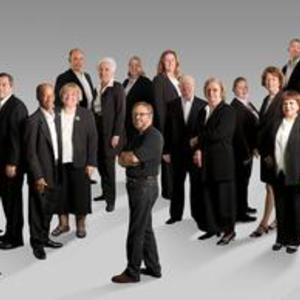 As far as Glenn Mohr is concerned, it all started with a blessing from the Pope. In 1989, the New York-based choir director, musician and songwriter brought his choral group to the Vatican to perform. Although Mohr had left the choir's church following disagreements with its new leadership, his singers urged him to help fulfill their dream of appearing live in Rome. They became the Bellmore Catholic Chorale and sang at St. Peter's Basilica ? and then for the Pontiff at the Papal residence.

In 1989, the New York-based choir director, musician and songwriter brought his choral group to the Vatican to perform. Although Mohr had left the choir's church following disagreements with its new leadership, his singers urged him to help fulfill their dream of appearing live in Rome. They became the Bellmore Catholic Chorale and sang at St. Peter's Basilica ? and then for the Pontiff at the Papal residence.

?It was magical,? Mohr recalls. ?I'd met John Paul II that morning; I told him we'd be singing for him, and that I was a church organist in Brooklyn. He said, ?Ah, Brooklyn ? I love Brooklyn!' He sounded like Count Dracula! But he was so charming. So we performed a short piece as his ?opening act' in front of 15,000 people and His Holiness; the crowd just exploded, and he was waving at us. Afterward, he saw us at a barricade, came over and said, ?What a beautiful choir this is, and what a wonderful song.' After that, we all looked at each other and said, ?How can we stop now?'?

Twenty years, countless performances and several recordings later, the Glenn Mohr Chorale has become a mainstay of modern inspirational music. Its dedicated core of performers ? at the urging of their creatively adventurous director ? always zero in on the human heart of religious tradition, augmenting their celestial harmonies with searching dramatic interludes, poetry, dance and thought-provoking ideas.

The Chorale's latest creation, ?A Star Still Shines,? offers both original and traditional selections for the Christmas season. Featuring his capable crew of 26 adult singers and an endearing ?Cherub Chorus? (largely composed of Chorale members' children and grandchildren), the collection includes perennial favorites such as ?Silent Night,? ?O Come All Ye Faithful,? ?Away in a Manger,? ?Angels We Have Heard on High? and ?The First Noel,? as well as several Mohr originals, including audience favorites ?A Wiseman's Carol? and ?The Days After Christmas? and selections from the group's lighthearted stage production ?Christmas in Heaven.?

Mohr crafted the original compositions with his longtime writing partner, Frances McNamara. The two penned most of ?Christmas in Heaven,? he recalls, on one inspired New Year's Eve, imagining angels looking down at earth at Christmastime.

The disc is an appropriate celebration of the Chorale's 20th anniversary, which will be even more powerfully commemorated with a return trip to the Vatican, this time to perform ?The Hidden Heart,? a musical presentation inspired by the life and works of 19th Century French nun Jeanne Jugan (AKA Sister Mary of the Cross), founder of The Little Sisters of the Poor, in conjunction with Jugan's canonization by Pope Benedict XVI. Shortly thereafter, the group returns to the States to present ?The Hidden Heart? at Alice Tully Hall in New York's famed Lincoln Center.

Mohr's first true musical awakening came in church; he thrilled to the sound of the church organ and adored singing in choir. But as a young adult he ventured into secular music, playing guitar and writing songs in an array of pop bands that performed at East Coast venues like CBGB. He idolized the great tunesmiths of the rock era, notably Ray Davies of iconic British band the Kinks, (many years later he journeyed to England to take a week-look songwriting workshop with the venerated songwriter). ?I've been strongly influenced by his melodies, humor and compassion, and the way his characters are searching for meaning,? Mohr notes of Davies' work. ?At times I feel the songs I write for the Chorale could be religious Kinks songs.?

He returned to the church for professional rather than spiritual reasons, though he says his Catholic-school upbringing gave him a foundation that serves him to this day. Working as a church organist, he soon found himself cutting his Saturday night rock gigs short so he could get home in time to prepare for his Sunday church appearances. ?It was a psychotic lifestyle,? he remembers, ?but it gave me the income to play in rock bands.? Ultimately, however, he decided to put the bands aside and work on church music full time. He played and conducted choirs in Long Island, Queens and Brooklyn congregations before assembling the Chorale.

The Bellmore Chorale's and Glenn Mohr Chorale's earliest performances added a theatrical element to musical selections related to Christmas, Easter, Lent and other occasions. An early program ended with an actor reading Lawrence Ferlinghetti's poem ?Christ Climbed Down,? a free-verse commentary on the commercialization of Christmas that knocked the audience out. Soon Mohr and his loyal choristers began incorporating other dramatic pieces, including monologues from biblical figures.

?We were always trying to find a way to take these characters from scripture out of the stained glass and back down to earth,? Mohr emphasizes, citing as an example a monologue imagining Joseph coping with the news that his wife, Mary, is pregnant by God. ?We want the audience to feel they're not so far, in their own beliefs, questions and doubts, from the saints.? Eventually, Mohr decided to use Chorale members as the actors, instead of hiring outside thespians. ?They didn't have all that dramatic training,? he says, ?but they were actually better, because they understood the pieces from the inside.?

The group has created nine original shows and five albums ? ?A Star Still Shines? was preceded by the releases ?Ordinary Saints,? ?Just as We Are: Live in Concert,? ?City on the Hill? and ?Hymns You Know, Songs You Love.?

Mohr describes the Chorale as ?a diva-free zone,? noting that spotlight-craving soloists quickly find it an inhospitable environment. ?They're all supportive of each other ? when someone gets up to sing a solo, everyone else is rooting for them,? he insists, adding that while two decades have brought plenty of changes in personnel, the group retains a core of singers who've been there since the beginning. ?Some people have moved on; some have passed on,? he reflects. ?We've been through countless transitions together. We've sung each other through births, deaths, marriages, divorces ? instead of giving out greeting cards, we get together and sing the changes in our lives, and it makes the experiences deeper. It's an amazing family feeling.?

As the group prepares for its second Vatican performance, Mohr has had ample opportunity to reflect on the musical community he assembled and has nurtured ? and that has provided him such extraordinary spiritual sustenance. ?We've got more experience under our belts, so we won't be quite as nervous,? he says of their return to Rome. ?The first time I almost fainted. But to be part of this experience after 20 years, from St. Peter's Basilica to Lincoln Center, is beyond anything I ever imagined.?

City on the Hill

Hymns You Know, Songs You Love