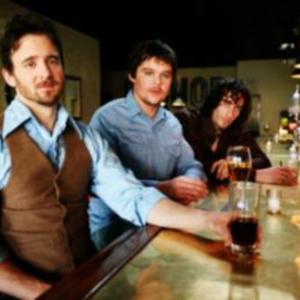 The Gabe Dixon Band is a three-piece band that was formed in the fall of 1998 at the University of Miami. Their music is piano-driven rock akin to Ben Folds Five with a more serious tone, Jackson Browne and early 70s Elton John. The band worked with producer/engineer Eddie Kramer on their independently released debut album, More Than It Would Seem, in 1999. They relocated to New York City after graduation and were signed to Reprise by David Kahne.

After Dixon respectfully declined the keyboard position on the Paul McCartney world tour to instead focus on production of the band's major label debut, On A Rolling Ball was released in 2002.

Their song "All Will Be Well" off of the 2005 EP Live at World Cafe rose to moderate prominence when it was used in promos for the NBC show Conviction.

The band released their debut album for Fantasy Records, The Gabe Dixon Band, in August 2008. In its initial days of release, it has received praise from the music press and fellow artists. The band toured the United States from Aug 2008 through Nov 2008 with native New Yorker turned Canadian resident, newcomer Justin Nozuka.

The song Find My Way was the opening track to the film The Proposal (2009) starring Sandra Bullock and Ryan Reynolds.

In 2011, the song All Will Be Well was also featured in Parks and Recreation

Gabe Dixon is also currently a member of the band Supertramp (as of Fall, 2010).

Gabe's solo album, One Spark, will be released on August 23, 2011. The album is produced by Marshall Altman and will feature a duet with Alison Krauss.