The Forces Of Evil 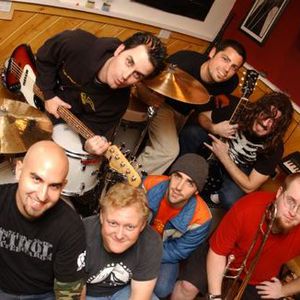 The Forces of Evil were an Orange County-based Ska band, formed in January 2001 with the intention of creating what has been described as a "Ska Supergroup" that would bring greater industry focus and success to the genre of third wave ska. Through catchy and horn-filled tunes, an all-star line-up as well as an indefatigable desire to revive ska, this band had seen much success on the US concert circuit.

Sometime in 2005, this band mysteriously dropped out of existence, offering a 4-song obituary album made available to all visitors of their website. Little news is available about the status of the band, other than what can be assumed considering their website hasn't seen an update since December 2004, and their touring has ceased. This is likely due to one member joining the Peace Corps.