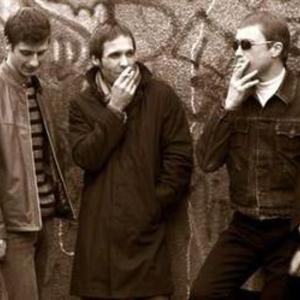 The Fantastics! first began to take shape in 2003 after Raydn Hunter joined up with the remains of the Longo Allstars (including James Rule, Pete Collison, and Matt Wilding) to form Reverend Cleatus & The Soul Saviours. Greg Boraman departed the ranks of the infamous deep funk outfit The Soul Destroyers (Jazzman Records) and filled the empty organ grinders seat following an "on air appeal" during BBC 6 Music's Craig Charles Funk Show.

The Soul Saviours found that the rigidly defined genres of 'the funk scene' began to feel more like a straight jacket than a well cut suit, and the new line up decided upon a fresher musical approach. Changing their name to The Fantastics!, they re-launched with the 'Cheeba's Couch' 45 on Raw Wax (a tribute to the hospitality of DJ Si Cheeba), and an aggressive funk assault to highlight a deliberate widening of musical textures and influences.

2009 saw the release of 'Mighty Righteous' - the first Fantastics! album on Freestyle, which featured UK soul legend Noel Mckoy on two vocal track (including a funkified cover of the Small Faces 'I Can't Dance With You' .. Genres were mixed and swapped and a unique sound and style appeared - several of the tracks featuring in the Welsh Comedy film 'A Bit Of Tom Jones'.

Recently work has begun on the new album (Freestyle Records), a new drummer (James Smith), and top vocalist Sulene Fleming, who previously sung with the New Mastersounds (Turn This Thing Around) have joined the ranks for some seriously heavy funking live shows... Catch them live as soon as you can!

New album to be released on Freestyle Records - early 2011