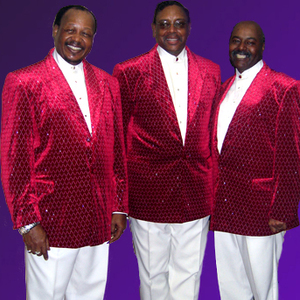 Doo-wop, Merseybeat, R And B, Rhythm And Blues, Rock And Roll, Soul

1) The Escorts were a Merseybeat band from Liverpool, England. In 1963, they were voted the ninth most popular group in Liverpool by readers of Mersey Beat magazine.

They originally consisted of:

Sylvester was replaced by Frank Townsend from The Easybeats (1962 - 65) and the Beachwoods, who was later to become a member of Tony Rivers and the Castaways. Paddy Chambers (ex-Faron's Flamingos and The Big Three) subsequently replaced Townsend. Sylvester left to join The Swinging Blue Jeans in 1966, before replacing Graham Nash in The Hollies. He now lives in Florida and travels all over the United States and Canada playing concerts with such as Billy J. Kramer, Peter Noone, Joey Molland and other British Invasion acts. Sylvester also does a one man show.

Paul McCartney played tambourine on their last record "From Head To Toe" in 1966.

Gregory would also leave The Escorts in 1967 to join The Swinging Blue Jeans, and stayed until 1971, whereupon after leaving and doing sessions for a couple of years, he formed a group with Johnny Goodison of the original Brotherhood of Man called Big John's Rock 'n' Roll Circus in 1975. Gregory stayed in 'The Circus' until its demise in 2005, and is now a solo artist.

Kinrade stopped playing after The Escorts split up in 1967, and is now a hairdresser with two salons. Clarke became the in house session drummer for Apple Music. He did sessions for Kiki Dee and Billy Preston and, after a brief stint in Badfinger, is now living in the US

Although they never released a full album, during their short time together, at the instigation of Elvis Costello, Edsel Records released an LP containing all twelve songs from the six singles in 1983. It was released on CD in 1995 as EDCD 422 and entitled From the Blue Angel, as a reference to the club where they began performing in 1962. Costello also released a single which was a cover of The Escorts last recording - "From Head To Toe" / "Night Time".

2) THE ESCORTS originated their smooth vocal sound within the walls of New Jersey's infamous Rahway Prison. Robert (Rabu) Arrington, the leader was an original Escort, in Rahway from 1971 to 1975. The first live concert of The Escorts outside prison walls at Symphony Hall in Newark NJ on February 17, 1973 created a sensation and two LPs were produced for Alithea Records during this era while some members were still incarcerated : All We Need Is Another Chance, followed by Three Down And Four To Go. The latter title refers to the fact that three members had been released since the prison's singing group was formed, while the others continue serving their sentences.

It was not to be until 1979 when The Escorts would return to the studio under direction of producer HERSCHEL DWELLINGHAM,

The photo associated with the trax from the RB group is of the Britsh group and not the brothers from Rahway!!

From The Blue Angel

Make Me Over (VLS)

All We Need Is Another Chance (Vinyl)