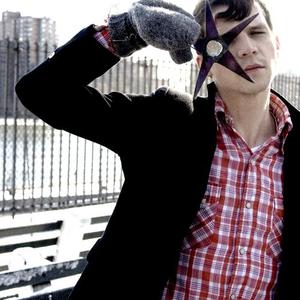 Twisting together the sounds of new wave, hip-hop, and indie rock, The Early Hours make genre-bending music from NYC. Naturally, calling it ?pop? music can be misleading given the bastardizing of that term to include studio-fabricated, profit driving Disney characters. But in so much as the word is indicative of creative & infectious fun, be it early Beck, the Cars, or those four lads from Liverpool, TEH are a pop band.

The Early Hours began with one Eric James in an otherwise non-descript week of February 2008. As a teenager, James had become immersed in painting, photography, and especially music, the later landing him in NYC in 2007. After a briefly unproductive production stint, James sought to clear his head with something fresh and reflexive to the cityscape around him. Writing and recording one track per day, the resulting songs spoke from the indefinable moment before the events of the past are fully processed and the race of the new day is yet to begin.

The result was the poignantly off-the-cuff A Week & A Day EP in March 2008 which, led by standout track ?Saturday? (a.k.a ?Backseat Lovers?), began accumulating over 100k MySpace plays. But the more Eric wrote, the more a clear problem arose: the beats were getting too big for laptop drum loops to handle. This was going to require someone with some serious percussive chops; cue close friend and percussion virtuoso Matthew Putman (Ester Drang, Lovedrug, Unwed Sailor).

Melding Eric's songs with Matthew's big beat ideas, the two spent the end of entered Dark Horse Studios in Nashville with engineer/producer Rogers Masson for November/December '08. Mixed/mastered by Dan Coutant and Alan Douches (Sufjan Stevens, My Morning Jacket), the results are resplendent hi-fi tracks, versed in the indie-ethic, that lift the original concept to a whole new level. For all the gravity of the songs' subject matter, the essence is beat-laden Brian Wilson fun, fun, fun. Following the warm reception of 'Falling Elevators EP', especially in placements across network and cable television, the full-length album 'Twistification' was released in April 2010.