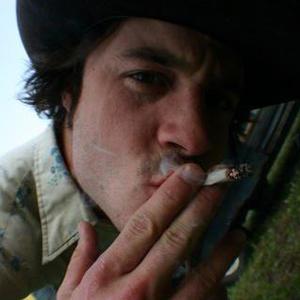 Dustin Bentall hails from Vancouver, BC and it seems an unlikely place to nurture such a rustic troubadour. It seemed like an unlikely country for Rick Danko, Robbie Robertson, Garth Hudson, Richard Manuel or Neil Young to be from? until people took a closer look. Up here you'll find as deep a frontier spirit and hard luck charm as any nation. You'll find a reverence for the tales of everyday life and loss and you'll find a lot of people who have time to woodshed and learn their craft. Spinning songs by Neil Young, The Band, Bob Dylan, John Prine, Tom T.

Hall, The Beatles, Wilco and Steve Earle Dustin found the heart of that music and placed it under his own landscapes.

His father, Barney is approaching legendary status in Canadian rock circles and has let the boy grow up to build his own strengths. He just dropped hints but didn't crack any whips.

?There's no question I've learned more from him than anyone else in the business. He never pushed the guitar on me but was always there to answer any questions I had, and left the actual learning up to me. I spent a few years wishing he had cracked the whip a little more but I have come to realize that the style I have developed has been a product of my own chosen influences. The old man proved over and over that he can rock with the best of them. I've always been really proud of that and hoped that it's written in my DNA.?

It is part of his DNA. Then there's the learned part. He sounds older than his years because his songs speak with wisdom about his youthful experiments with immortality.

The narcotic cowboy thing you hear in Dustin's music comes from his love for Gram Parsons, The Flying Burrito Brothers and the Byrds with their so-called ?Cosmic American Music.' That is, not to mention the time he has spent in the saddle ropin' and branding steers on the ranch.

A two-month pleasure cruise across Canada throughout the summer of 2004 inspired all kinds of writing. However it ended with a bang. Inside his ?69 Chevy Impala Dustin and his best friend took on an F250 and its camper trailer head on in British Columbia's Fraser Canyon. He sat there next to his buddy who wasn't speaking and got a taste of the fine line between life and death. They both recovered and Dustin went on to record the debut record ?Streets With No Lights? in 2005.

The release of that record took Dustin back out on the Trans-Canada Highway a number of times, as well down to Nashville and over-seas to tour Denmark and Ireland. The record caught the ears of veteran music publisher Leeds Levy in 2007 to with which he inked his first publishing deal.

Dustin recently opened some shows for Kathleen Edwards on the west coast. Concert goers in Vancouver are getting accustomed to seeing him up on stage for a Blue Rodeo encore. To complete the cross-Canada connection he snagged guitar slinging demon Luke Doucet for a couple days in the studio to Cameo on the new record. Dustin has done a lot of writing with Canadian Country Music up and comer Ridley Bent. One song in particular ?Nine Inch Nails? holds the honors of 2008's Country Song Of The Year with the Independent Music Awards of North America.

With a new band including guitar incredible Adam Dobres, drummer Pat Steward and bass player Del Cowsill, son of the late Billy Cowsill all signs are pointing towards 2009 being a very big year for Dustin and the crew.