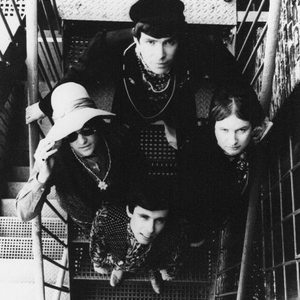 The Dukes Of Stratosphear was a pseudonym used by the English rock band XTC in the mid-1980s. A studio-only project, the band released two vinyl albums: 25 O'Clock (1985) and Psonic Psunspot (1987), which drew upon influences of 1960s psychedelic music such as The Beatles, Syd Barrett-era Pink Floyd, The Kinks, The Byrds, The Pretty Things, and The Beach Boys (c. 1966). The two albums were released on a single CD under the title Chips From the Chocolate Fireball (An Anthology) in late 1987.

They reformed and recorded the track "Open A Can of Human Beans" in 2003 for a charity album. The track was later re-released on Andy Partridge's Fuzzy Warbles, Vol. 7.

Under another pseudonym, Terry and The Lovemen, XTC appeared on its own tribute album A Testimonial Dinner and thanked The Dukes Of Stratosphear for the loan of their instruments.

Chips from the Chocolate Fireball