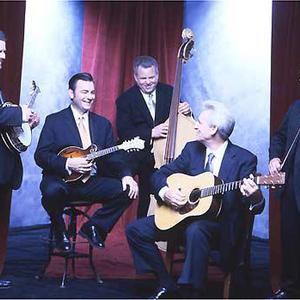 The Del McCoury Band is a Grammy Award-winning bluegrass band. Originally Del McCoury and the Dixie Pals with Del on guitar and his brother Jerry on bass, the band went through a number of changes until the 1980s when the band solidified its line-up, adding McCoury's sons, Ronnie and Robbie on mandolin and banjo, respectively. In 1988, the "Dixie Pals" name was dropped in favor of the current name.

iddler Tad Marks and bass player Mike Brantley joined in the early 1990s while the band became a national touring act. In 2004 they were nominated for the Grammy Award for Best Bluegrass Album for It's Just the Night, and in 2006 they won that category for The Company We Keep.

The band recorded with Steve Earle on his 1999 album The Mountain.

The Streets Of Baltimore

The Best Of Del Mccoury: The Groovegrass Years

The Company We Keep (Advance)

It's Just The Night

Del And The Boys

Blue Side Of Town