The Death Of Me 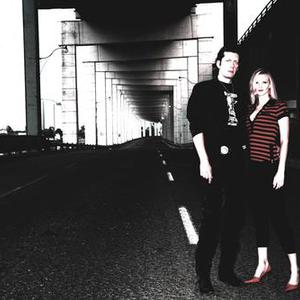 The Death Of Me formed in 2007, in Toronto, Canada. When former Vampire Beach Babes members Kurtys Kidd and Julianne Partridge set out on their own. The band recorded and released their first album, "This Will Be..." soon therafter and have been getting acclaim and attention for it along the way. The Death of Me has recently been named by SPIN Magazine as an "Emerging Act To Watch". TDOM was also been given feature airplay on Canada's biggest modern rock radio station 102.1 The Edge, WFNX in Boston, and stations in Texas.

The Death of Me's debut effort ?This Will Be ?? is available now at all digital outlets and HMV.

Recently named one of "8 Emerging Artists to Watch" by SPIN Magazine, Toronto, Canada-based Kurtys Kidd and Julianne Partridge create their retro-contemporary sound, giving off vibes that are simultaneously nostalgic and cutting edge. Working from an indie vantage point hasn't slowed these musicians down. If anything, it's heightened their creativity, and The Death of Me's production reveals plenty of polish, indie band or not. Talent, attention to detail and unshakeable quality concerns means The Death of Me's music is always in peak form.
?We make music because we HAVE to!? declares Kurtys Kidd. No hobby, this. No scheme for money and fame. This is the answer to a soul calling. And the music is so much the better for it. ?Music is the air we breathe,? says Kidd, ?and the thing that keeps us alive in this troubled world.? But troubled though it is, the unfolding of life that teems all around everyday has provided plenty of inspiration for The Death of Me's songwriting. The human element is front and center in this band's creative focus. Life you can relate to spills out of every song. Inspiration is everywhere for The Death of Me. ?The woman on the street, clearly heartbroken. The man who is angry. The end of things, the beginning of things. The grit and detail of life that is around always and yet seldom noticed. Stupid, stupid love. Gets us every time.?

Kidd and Partridge played together previously in the Vampire Beach Babes, which boasted a cult following and much praise. That band left its mark in the form of a pair of full-lengths and an EP. Vampire Beach Babes ?were the internet darlings of the alt-goth scene,? Partridge explains. Kidd and Partridge left that band due to creative differences but the need to make music didn't disappear with their detachment from VBB. The pair's passion continues now in The Death of Me. Kidd also played in the notorious punk act The Viletones, after which he turned to producing. He worked with producing legend John Punter (Roxy Music) for a number of years.

The Death of Me was tapped for airplay on Canada's biggest modern rock radio station 102.1 The Edge and also did a gig in-studio for the Steam Whistle Indie Club. ?It's the same place bands like Alexisonfire and Billy Talent got their start,? says Kidd. The single ?Who's That Guy?? has been given regular rotation in Denmark, of all places, getting airplay on Radio Storbaelt, and has just recently been added to the CBC3 line up for Web radio.

?There are lots of bands trying to capture the new wave revival spirit; consider The Death of Me ? with its mix of tradition and originality ? among the elite.? ? A&R Select