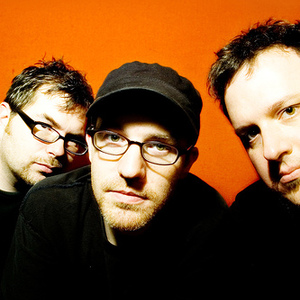 Dream Pop, On Splashed With Many A Speck, Shoegaze, Shoegaze Dreampop, Shoegazer, Slowcore

Constructing masterful junctions in between pop, shoegazing, Dream pop and the most alternative options of rock & roll, The Curtain Society formed in Southbridge, MA, in 1988. Like some of their early musical contemporaries, The Ocean Blue, The House of Love, and The Stone Roses, the band managed to blend the blurry atmospheres of the popular 4AD scene with traditional rock and pop songwriting. The Curtain Society's first releases were a series of EPs and cassettes through Apostrophe Records, a label directed by singer/guitarist Roger Lavallee.

It was not until 1993 that The Curtain Society, Roger Lavallee, Ron Mominee and Duncan Arsenault decided to sign with Washington, DC based label Bedazzled Records. Their first release with Bedazzled was the limited-edition 7", "Chelsea" b/w "All Over You". Inertia, the unit's first full-length record appeared in 1995, enjoying a consistent success. During the following years, TCS appeared on various compilations (including the acclaimed series of art/music compilations from Boston's Castle von Buhler) before ''Life Is Long, Still'', their second album, hit the record stores in 1996.

After the release of ?Life is Long, Still? they took time to record, recharge and reinvent. With new songs to be featured initially on the 4 song EP titled ''"Volume, Tone, Tempo"'' - Bedazzled, 1999, (this would be the label's final release before ceasing operations in 2000) the music became more confident, with a stronger sound, and more mature songwriting style. [[2005]] brought the release of the full length CD ?Every Corner of the Room? - Orcaphat Records. The CD was featured on multiple episodes of ''One Life to Live'' (ABC), ''Young & the Restless'' (CBS), on radio across the country including XM and Sirius satellite radio and in the movie Still Green. The band is currently in the studio writing and recording the follow up to ''Every Corner of the Room'' and performing shows throughout the Northeastern United States.

Every Corner of the Room