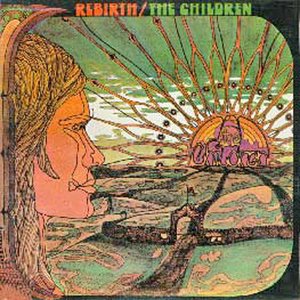 There is more than one band called The Children: 1) This group was originally from San Antonio and issued several singles throughout the late 60s and early 70s. They also released one LP titled 'Rebirth' in 1968. Original members included Steve Perron (vocals), Louis Cabaza (keyboards, vibes, vocals), Cassel Webb (vocals), Andy Szuch (drums), Bill Ash (lead guitar) and Benny Treiber (bass). The group's origin can be traced back to the merging of two mid-sixties garage bands, the Stoics and the Argyles.

The group's origin can be traced back to the merging of two mid-sixties garage bands, the Stoics and the Argyles. The new combination initially took on the name the Mind's Eye, which released one single in early 1967 and even briefly opened their own psychedelic night club. The name change to the Children and a move to L.A. soon happened when Treiber, who was friends with the sister of Monkees member Mike Nesmith, got Davy Jones (also of the Monkees) to agree to produce recordings and manage their band. Ironically, Treiber soon had a falling out with Jones and was quickly replaced by Mike Marechal (bass). Even more ironic was the fact that their marriage with Jones didn't last long when, upon returning from a tour of the U.K. in late 1967, Jones discovered that the money he had set aside to produce the Children had been squandered by his manager. With only three songs recorded, the Children were released from their contract, but still managed to get one single issued on the local Laramie label before heading back to Texas.

The Children next journeyed to Houston where they signed with the International Artists subsidiary Cinema Records and entered the studio with Leland Rogers (owner of the famed IA record label and brother of country singer Kenny Rogers) to record their sole LP, 'Rebirth'. The album, released in the summer of 1968, is considered by many to be one of the finest examples of Texas psychedelia and includes the incredible 'Sitting On A Flower'. Later in '68, the record was picked up by the major label Atco and reissued for national distribution.

In 1969, the band took on some personnel changes with the departure of Ash and Szuch. Ash was replaced by teenage guitar wiz Kenny Cordray while Jim Newhouse took over on the skins for Szuch. In the summer of 1969, this lineup recorded a single (a cover of Bo Diddley's 'Pills' b/w 'Once More') and during this session, Parron and Cordray also wrote and recorded the song 'Francine', which was later covered by ZZ Top.

In 1970, the band received a second shot at fame when Lou Adler discovered them playing live in Houston and immediately signed them to Dunhill Records and the Ode label. With adrenalin in their veins, they moved back to California and began recording a second LP but it was unfortunately never completed. Two singles, presumably cuts from the unfinished album, were released on Ode in 1971 with the second of the two, 'Hand Of A Lady', becoming a minor hit. With little commercial success, the group again retreated to Houston and soon disbanded thereafter.

2) Although relatively young in age (18-21), the band had a common interest in the sound of the 60s, being influenced by such bands as Cream, Captain Beefheart The Doors, Hendrix, and The Kinks, and it was this interest that pushed them together.

The end result was that The Children have created their own unique sound by combining the psychedelic haze of the 60s with modern day rock (rock music with a rhythm/beat ), adding in plenty of charismatic guitar and organ combined with driving bass lines.

All band members contribute to the writing and music composition making it extremely easy to produce a supply of new material.

3) The Children is a London-based acoustic/folk-rock group whose core members are singer and bassist Armorel Weston and guitarist and songwriter John Gibbens. They started performing their own material on the London acoustic scene in the early 1990s. In 1999 they released their first album, Play, which featured improvising virtuosi such as Annie Whitehead (trombone), Anne Wood (violin), Alfredo Genovesi (guitar + electronics), and Gail Brand (trombone). The rhythm section comprised Julia Doyle (double bass) and Frank Hall (drums). On two tracks the bassist is Jason Rogers. Additional percussion is by Bertie Fritsch.
Seven further albums followed, the latest being Equals (2006) and The Health of the People (2007), with musical guests including Kath Tait (concertina), Hayereyah (percussion and harmonica), Dunstan Clarke (percussion), Rob Mason (harmonica), Paul Barrett (drums) and Terry Edwards (trumpet).
Master saxophonist Lol Coxhill played with The Children at several recent gigs.

4) The Children were a New York-based folk rock quartet released on the Scale of Miles label. Their two released albums were the self-titled The Children (1989) and Every Single Day (1990). The band included Claudia Handler, Joe Jedrlinic, Theresa Pesco and Michael La Volpe.

5) The Children (New York) is the new music project from actor/performing artist Michael Wiener and composer/producer Jim Coleman, former Cop Shoot Cop. Live, the duo will be joined by percussive-multi-instrumental specialist Phil Puleo, also of Cop Shoot Cop, as well as Swans, and an emergent cast of others. Barkmarket bassist John N. holds down the low frequencies, and John Andersen helps spin the acoustic-textural environ. "Gothic Blues Ambient" might be an appropriate tag.