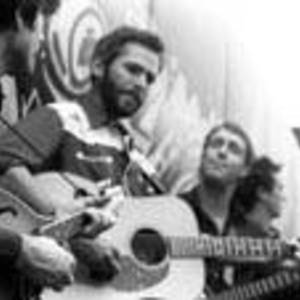 The Breakmen formed in 2005 when four of Vancouver BC's best young songwriters and acoustic musicians got together to work on each others' songs. They quickly found an enthusiastic audience for what they were doing, performing to sold out houses and playing a leading role in the flourishing West Coast roots music scene. The band's sound has matured into a potent blend of acoustic roots and bluegrass music.

The band's sound has matured into a potent blend of acoustic roots and bluegrass music. Known for tight vocal harmonies, creative instrumental work, and contagious stage energy the band has attracted national and international attention. Since the release of their self titled debut album in 2006, The Breakmen have played over 200 festivals, theaters and live stages throughout Canada and the U.S west coast. The album was a national hit and remained on The Roots Music Review-Top 50 chart for 9 months straight, receiving significant national airplay on CBC Radio and roots music radio across the country. CBC Radio 2 has also featured the band twice on their Canada Live series.

Fresh from Ogre Studios with the production team of Ivan Rosenberg and John Raham, The Breakmen are preparing to release their second full length album, "When You Leave Town" (October 10 2008). Comprised mostly of original songs, the album features thought provoking lyrics and song structure from the bands three songwriters, using vocal harmonies and a powerful band sound from the four multi-instrumentalists.

Compared to The Band and Old Crowe Medicine Show, The Breakmen are influenced by a wide variety of musical talents including Bill Monroe, Willie P. Bennett, Nina Simone and Tony Rice, among others.

When You Leave Town