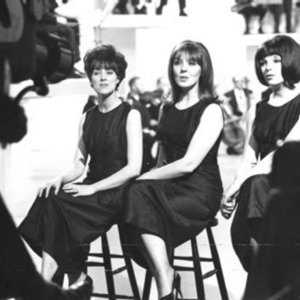 1. The 60s female group known as The Breakaways consisted of Jean Hawker, Margot Newman, and Vicki Brown. In addition to recording their own songs, they did session work with many artists, including the background vocals on The Jimi Hendrix Experience's version of Hey Joe. The trio, who formed in 1962, were all married to showbiz husbands. Vicky to Joe Brown. Jean to Mike Hawkes, a successful songwriter and Margot to Tony Newman.

Their first-ever session was I Wonder Who's Kissing Her Now with Emile Ford. Then came an album with Joe Brown. All three hailed from Liverpool and they also did a lot of session work.

2. The Breakaways are a surf revival band from California that play Fender instruments and amplifiers exclusively. They have realeased one CD on called Time Surfin'.

3. A Late 70s Power pop band. When The Nerves broke up in early 1978, Paul Collins and Peter Case formed The Breakaways (with a new guitarist Pat Stengl who played on the first Jack Lee's album). The Breakaways shared the refinement of The Nerves but had more of the raw, rocking style heard here on those four songs. The Breakaways split after they recorded some demos which later saw release in the form of an EP and on several compilations.