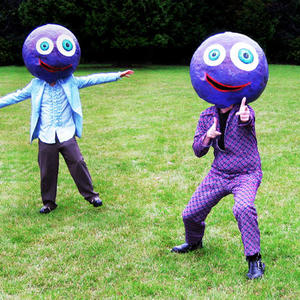 The Bran Flakes are a sound collage group from Seattle, Washington who specialise in creating music from pre-existing sources. The group's members include Otis Fodder (in San Francisco, CA), Mildred Pitt (in Seattle, WA) and several special guests (located around the globe) who typically provide vocal contributions. Along with other bands such as Negativland and The Evolution Control Committee, the Bran Flakes make extensive use of sampling, recontextualizing the samples into new works.

Along with other bands such as Negativland and The Evolution Control Committee, the Bran Flakes make extensive use of sampling, recontextualizing the samples into new works. The group scours thrift shops for obscure and quirky LPs; some of their songs also make use of recognizably famous basslines, television shows, and soundtracks from video games. The unauthorised nature of much of their work has prevented the band's work from wide commercial release.

Following the 1998 release of I Remember When I Break Down on Ovenguard Music, on which Otis Fodder was sole writer, the group's first album as a duo was in 1999, with Hey Won't Somebody Come and Play on Ovenguard Music. 2001 saw the release of, I Don't Have A Friend on Lomo Records. Their 2002 album Bounces! was released on the band's own Happi Tyme Records, and contained their most popular song, "Good Times A Goo Goo", which sampled extensively from Kermit the Frog and Fozzie Bear's performance of "Moving Right Along" from The Muppet Movie.

Hey Won't Somebody Come And Play?

I Don't Have A Friend