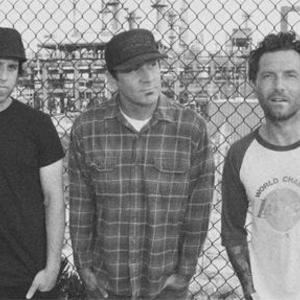 The Black Pacific is a music project that was started in 2010 by Jim Lindberg, the former vocalist of Pennywise. It also consists of two other member: Alan Vega (Good Guys In Black) on drums and Davey Latter (Stanford Prison Experiment, Earlimart, Everest) on bass. They are currently signed to SideOneDummy Records, who released their eponymous debut album on September 14, 2010. To coincide with the release of their album, the band made their first live performance together at the KROQ's Epicenter Festival.