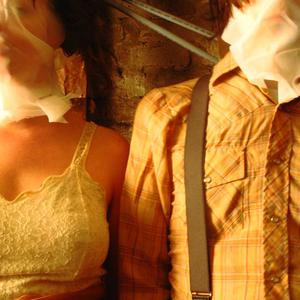 Following their 2010 EP, ?Clues From the Past,? The Binary Marketing Show has stepped into a whole new realm of soundtrack-like songs creating a narrative out of bursts of static, brooding melodies, and throbbing beats. Having spent almost four years in the seedy underbelly of New York City's music scene, the binary marketing show packed all of their belongings into a mid-nineties Jeep Cherokee and began the life of homeless nomads traveling the continental U.S. in support of their 2011 release, ?because of this, this, and this.?

The Binary Marketing Show is currently working on their latest full length album, "anticipation of something else", due out August 27th, 2012. In the meantime keep your ears open for their 7" split with Chicago natives, New Diet, on already dead tapes.

Destruction of Your Own Creation