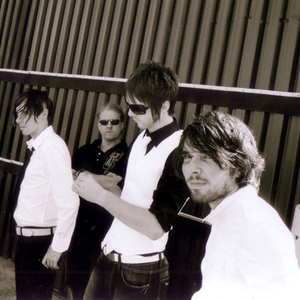 Officially formed in mid-2005, The Amber Room has begun to develop a name for themselves in Toronto. Boasting a sound in the vein of The Cure, The Smiths, and Joy Division, the band recently released their debut EP. The 5 songs on the self-titled CD each have a unique direction with a common dark thread; a sense of urgency. This, coupled with a dark and driving live show displays the band's overall determination and relentlessness. Shawn Tucker (Vocals/Guitar), Paul Anderson (Guitar/Backing Vocals), Shaun Savard (Bass), and Mike Moussallem (Drums) continue to do what they know.