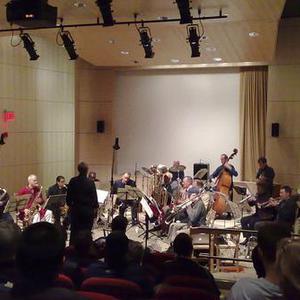 Founded in 1973, The Aardvark Jazz Orchestra is a large jazz ensemble that specializes in original exploratory works by trumpeter-composer Mark Harvey, together with wide-ranging repertory including Ellingtonia; American music by such composers as Ives, Gottschalk, and Billings; and performances with film, dance and poetry. Winner of the 2000 Independent Music Awards, the band has premiered more than 100 works for jazz orchestra and has released 8 CDs to international critical acclaim, with 2 more recordings to be released in 2007-2008.

Members of the band can be heard on the award-winning DVD series Treasures from the American Film Archives, with a new installment due for release in October 2007: Treasures III: Social Issues in American Film, 1900-1934.