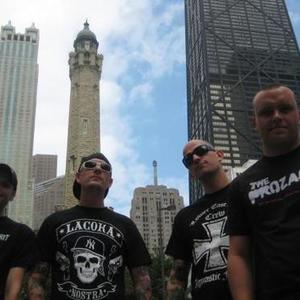 The 20Belows is a melodic punk rock band from Copenhagen, Denmark. With inspiration from bands such as the The Ramones, Screeching Weasel and The Queers, you would maybe fear that just another pop punk band had been born but that couldn't be further from the truth actually. The unique song writing style that combines both a large variety of tempi but also displays a welcoming textual universe underlines the very reason for the existence of The 20Belows. Relevant, charming and refreshing.

The band began in 2001 as 3-piece and recorded a 16 track demo that instantly caught the attention of pop punk fans around the world. In 2003 The Peachy Keens front man, Kasper Keen, joined the band on guitar adding more power to the sound.

Since then they have played shows all over Europe with bands such as The Used, Volbeat, Rise Against, Ignite, Groovie Ghoulies, Epoxies, The Queers, Mcrackins, Radio Days, Deadbolt, Darlington, Teenage Bottlerocket, Zatopeks, The Apers, Manges and many more. It is also here that the bands' prolific force really shines, as they are to be considered an extremely tight and interactive live band.