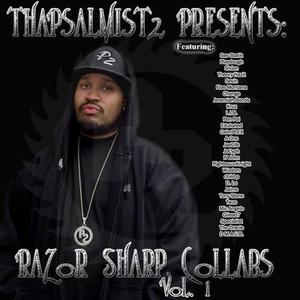 ThaPsalmist2, a college student and a native of the City of Lights, has been cultivating his lyrical artistry for the past 10 years. His journey began with a mix tape, given by his older brother, which first sparked his interest in Hip-Hop. This interest eventually grew into a passion; a passion for music, a passion for knowledge, and a passion for truth. As most interests, his involvement with Hip-Hop started off as a past time or hobby, something to listen to when relaxing; but it was more than a mere expression of how a few generations of youth decided to make themselves heard in society.

As most interests, his involvement with Hip-Hop started off as a past time or hobby, something to listen to when relaxing; but it was more than a mere expression of how a few generations of youth decided to make themselves heard in society. It was an art. This young man eventually decided to take his interest from the sideline observer, to active participant, and took on the alias ThaPsalmist2 as a stage name (psalmist is in reference to and ancient biblical poet). Being brought up as a child to aim for excellence in all that you do, he didnt take a liking to listening to rap on the radio. The vast majority of artists seemed to lack a purpose that would ultimately affect their listeners in a positive way, which left him to his own CD collection for musical enjoyment. As time went on he came into a few opportunities (Summer Co-Host of a hip-hop show and Street rep for a couple record companies) that would allow him to network with other like minded individuals in his local area as well as nationwide.

This work gave him the chance to meet a group by the name Elekt Poetz. This collection of emcees (6 at that time) became the starting point of his local network. ThaPsalmist2, or P2 as he is sometimes called, became friends with Elekt Poetz and a few years later began recording with the founding member Kwon 59. During this time he also came into contact with a few other emcees (Jo Cyph, D.B.E., and 2Five) as well producer/emcee Kid Sundance of the Boombox Titans. These connections have helped in the past year he has been working on his project.

ThaPsalmist2s religious upbringing, education, and like of poetics gives his music a unique twist. His mission as an artist is to bring to the table what many artists lack. To educate his listeners through spiritual and physical truths, and bring GODs enlightenment that allows one to achieve their full potential in life. His songs range from upbeat and funny, to mellow, to intense and thought provoking.

Under the Cover of Light