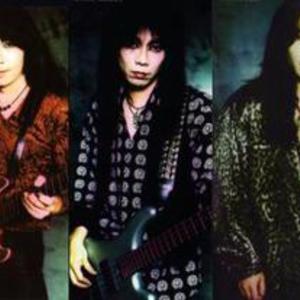 ?????????? (Teru's Symphonia), led by guitarist ???? (Hirayama Terutsugu) (who was originally with the band NOVELA) has an extremely powerful symphonic sound somewhat reminiscent of mid-period Renaissance, but more extreme in every way, offers a sumptuous Progressive rock, elaborated and sophisticated to the limits. Impressive & emphatic keyboards complex arrangements and precious themes, refined melodies which alternate lyrical and adorned crescendos or soft sequences.

Their sound is positively stunning. Vocalist ???? (Tokuhisa Megumi) is a chameleon of sorts, within the same song she can switch from sounding like an innocent child to a very dynamic and powerful singer. Their style reminds of Outer Limits, Pale Acute Moon or Mr Sirius. "Do Andro?ds Dream Of Electric Camel?" is a great CD of this survivor from the almost extinct Nippon Progressive scene, whereas "The Gate" is even better !!. Hirayama also has a solo disc Castle of Noi that is similar in style and pre-dates the other three (i think). Rumor has it that in concert they are every bit as powerful as one might be led to believe by their recorded output.

Do Andriods Dream Of Electric Camel

Fable On The Seven Pillows