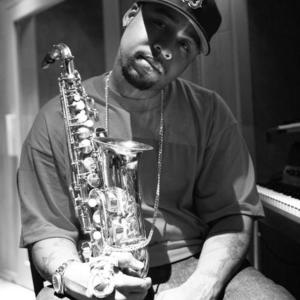 Over the last decade few people have put so much time and energy into the culture they love. Beginning his career as a rapper and producer, Terrace Martin has lent his skills to artists such as Snoop Dogg, Busta Rhymes, Lalah Hathaway, Raphael Saadiq, Charlie Wilson, Stevie Wonder, and the legendary Emotions, just to name a few. Martins big break came when he produced a Power 106 radio drop with Snoop Dogg.

Shattering the acknowledged rules of hip-hop production, he samples everything from funk to jazz to classical to create fresh and original tracks. His wildly imaginative productions have made him one of the most sought after upcoming producers on the streets of Los Angeles. Born to father, a jazz drummer and mother, a singer, Martin's birthright was music. Growing up listening to everyone from Coltrane to Parliament, he began playing the piano at the age of six. Producing his first tracks on his Casio CZ101 Keyboard and an Sp1200, Martin decided to broaden his musicality and picked up the saxophone. At Locke High, under the auspices of Reggie Andrews, Martin became first chair of the All-State jazz band. As a child prodigy, Martin gained the interest of talk show host Jay Leno, who presented him with a scholarship and later purchased his first professional horn. Not only did Hollywood elite recognize Martin but also world-renowned jazz musician, Billy Higgins, who later made Martin a member of his World Stage All-Stars. Fresh out of high school, Martin attended Cal-Arts but decided school wasnt for him and began touring with Puff Daddy and gospels own Gods Property. From jazz to hip-hop, Martins role models include Miles Davis, Charlie Parker, Jackie McLean, John Coltrane, Herbie Hancock, Sonny Stitt, Grover Washington, Jr., Dr. Dre, DJ Quik, Battlecat, Premier, Pete Rock, and 1580 K-Day. Martin says, "I started producing hip-hop tracks because it was the music of my time, but I never lost my love for jazz."