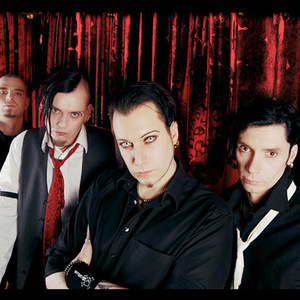 Terminal Choice is a German synth rock band formed in 1993 by singer Chris Pohl (also of Blutengel, Tumor, Pain Of Progress and owner of the Fear Section label). Their lyrics are divided fairly equally between German and English. Originally their sound was primarily gloomy electronic music, but the guitars introduced in the 1998 album Navigator gave the band a harder rock edge. Besides Chris, the original lineup included Jens G?rtner who provided the drums and loops. In 1997, Manuel Selling was added to the lineup to provide the guitars.

Besides Chris, the original lineup included Jens G?rtner who provided the drums and loops. In 1997, Manuel Selling was added to the lineup to provide the guitars. In 2000, Manuel left the band and Gordon Mocznay took over on guitar and bass guitar. A year later in 2001, Louis Manke joined the band as well, adding a second guitar to the band.

Terminal Choice is currently Chris Pohl's main and most well-known project, and they have enjoyed great success both in Germany and abroad, and are often compared to and sometimes referred to as a precursor to another popular German industrial-stomp band, Rammstein. The success of Terminal Choice has also transferred to the other members of Terminal Choice, as Chris helped Gordon form his own band known as Mordorn and also helped Louis form a band named Staubkind. Despite being involved with numerous bands, all members are still creating music with Terminal Choice and a new album with the title "New Born Enemies" was released on the 28th of july, in 2006.