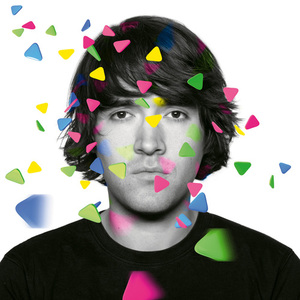 Temposhark are an English electronic rock band, formed in London, UK and Brighton by singer and songwriter Robert Diament. Temposhark are best known for their songs Bye Bye Baby, Joy, It's Better To Have Loved and Not That Big, a duet with singer Imogen Heap, which is featured on their 2008 debut album The Invisible Line. Other notable artist collaborations include Guy Sigsworth, Sean McGhee, Youth (aka Martin Glover from Killing Joke), Kate Havnevik and the virtuoso violinist Sophie Solomon. Their second album 'Threads' was released in 2010.

Diament set up his own UK record label in December 2004 called Paper and Glue releasing a series of limited edition Temposhark singles, the first of which was their critically acclaimed EP Neon Question Mark.

A second EP 'Invisible Ink/Little White Lie' came out in May 2005 which attracted many new admirers including acclaimed producer Guy Sigsworth, best known for his work with Madonna, Bj?rk and Britney Spears. Sigsworth went on to produce Temposhark's first nationwide released UK single It's Better To Have Loved, which came out as a limited edition CD on December 12th 2005. All of these early Temposhark limited edition EPs came in deluxe packaging helping to create a buzz around the band in creative circles and with their fanbase. The band themselves were never pictured on the sleeves instead choosing striking original art images and stylish die-cut record sleeves.

In 2005, Diament said that his band name was thought up when he "woke up in the midst of a dream one night, at like 4am, and just said the word Temposhark. So it came from my subconscious I guess. Honestly it was that simple. I wanted a name that sounded strong. I liked the idea that music could be a weapon. Something powerful.."

In May 2006 Temposhark released their second nationwide single Joy on limited edition CD and 7? vinyl and the band set out on a UK tour visiting towns all over the UK. These dates included a very high profile London show at Tate Britain on Fri May 5th and Carling Academy Islington on Sat May 20th. Temposhark gained many new fans when Joy was featured on the front homepage of iTunes UK and in iTunes' weekly newsletter.

In 2007, Temposhark toured the USA with their full band as well as completing their debut album, to be released in March 2008.

Temposhark's debut album The Invisible Line will be released in Spring 2008 in both UK and USA/Canada. It was produced and recorded in London by rising producer Sean McGhee with two tracks produced by Guy Sigsworth. The album includes the song Blame, which was co-written with legendary producer Youth aka Martin Glover from Killing Joke as well as a duet with Imogen Heap called Not That Big.

On March 15th 2007 at the South by Southwest 2007 festival, Temposhark announced on stage that their debut album was to be called The Invisible Line. Singer Robert Diament has said that the album title was inspired by controversial British artist Tracey Emin from passages in her books Exploration Of The Soul (1994) and Strangeland (2005).

In October 2007, Temposhark's song Blame, taken from their forthcoming album, was nominated in the Best International category at the Ontario Independent Music Awards which take place in Toronto, Canada on November 15th 2007. Due to the album being leaked ahead of its official March 2008 release, its now been made available on iTunes in Europe, Australia and Japan.