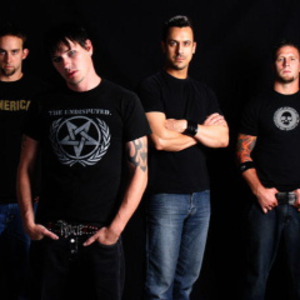 For the last few years, Temperedcast has built a loyal army of fans with energetic shows and radio play around the Northwest while supporting their first release, ?Proximity Fuse?. After spending this summer working with producer Brent DeRocher on their sophomore album ?Reach?, they're eager to bring the new material to the masses this fall while touring with Puddle of Mudd and Red. Vocalist Calvin Muma, guitarists Kris Tonnessen and Josh Perry...

Vocalist Calvin Muma, guitarists Kris Tonnessen and Josh Perry, bassist Nick Sundesten and drummer Kelly Murphy recorded a rough version of ?Reach? themselves before joining DeRocher in The Brewery Studios in Seattle, WA. The time spent during pre-production is evident in the maturity of the new material. ?It means a lot to us when our music inspires people,? explains Muma. ?We had a song on our last album ?The Way? that helped someone get through an abusive situation. There's a lot of different experiences and emotion on this new album that have the ability to influence and connect with everyone on some level. We wanted to make sure that our message was coming across that much stronger this time around.?

?We're very excited about the new music we've created,? says Murphy. ?It captures the melody, brutality, energy and beauty we've always wanted in an album.? It also captures an audience. The first single, ?Coming Down? was named by fans after debuting the song live. ?The first time we ever played that song live, kids were singing the chorus with us by its end,? explains Sundesten.

Anyone that has had a taste of the band perform, knows what else to expect along with those memorable choruses. ?We like to bring a lot of energy to our live show,? says Tonnessen. ?And Nick is an animal. Most bands ask about the venue's sound system. We ask if we'll be playing on a re-enforced stage.?

Temperedcast feels proud and accomplished with what they've done. They've shared the stage with Puddle of Mudd, Three Days Grace, Jerry Cantrell, Helmet, Drowning Pool and many other national acts. They were voted as one of the best local Seattle bands on KISW 99.9 and the extreme sports world has heard them on ESPN2 X Games, Blue Torch TV and numerous videos, but they realize they've only scratched the surface with what lies ahead. ?We look forward to sharing our music with the world,? says Perry, ?whether it's from our CD in your living room, or us throwin' down live at your favorite venue. ?