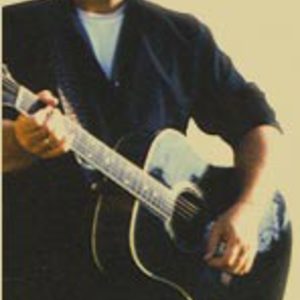 Ted Pearce lived his teenage years in Beaumont Texas as an atheist. It was not until he decided to read the Bible, to find contradiction within it, did God reveal Himself mightily to Ted. A radically core shaking experience by the Holy Spirit in 1990 brought Ted to become a believer and he has been a worshipper for the Lord ever since. Ted had already been playing professionally as a musician, but the Lord refined His gift towards worship and Ted soon recorded his first messianic album, "Shield of David" (1991).

Ted had already been playing professionally as a musician, but the Lord refined His gift towards worship and Ted soon recorded his first messianic album, "Shield of David" (1991).

But his desire to bless Israel led him to record a new messianic project, which was called "Letter to the Hebrews" and released in Jerusalem on The Day of Pentecost 2001. Ted?s debut on Messianic worship label Galilee of the Nations followed in October of 2002 with "Zealous Over Zion".

"Road to Jerusalem" is a compilation birthed out of the hearts of Coach Bill McCartney and Raleigh Washington to bring Christian Churches and the messianic community together in unity and includes artists like Paul Wilbur, Marty Goetz, Lamb, Joel Chernoff, Jonathan Settel, Karen Davis, Rachel Washington, and Ted Pearce. These all sing together on the title song co-written by Yochanan ben Yehuda and Ted Pearce, which releases internationally on June 7th 2005.

His next solo recording, "Hallelu Et Adonai" is a collection of simple acoustic songs written for small music teams and releases July 5th 2005.

In addition to those 2 releases, Ted and Joel Chernoff have collaborated to revive the Messianic pioneer group, Lamb. Their collaboration comes out in October of 2005.

Ted's vision is to see all the sons of Adam turn to the God of Abraham, Isaac, and Jacob and believes that he can help build bridges of shalom.

If your intrested in more info please download this free Ebook at the following link below: